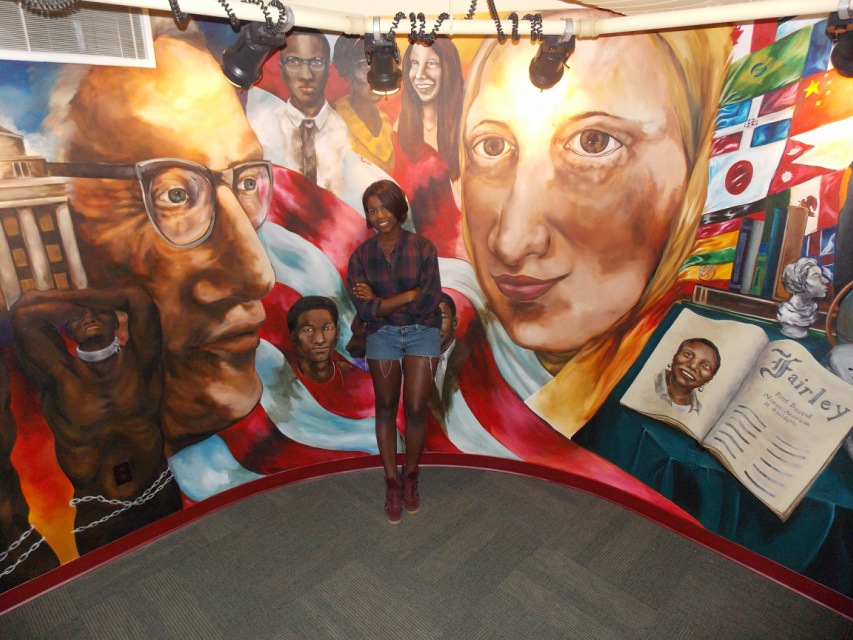 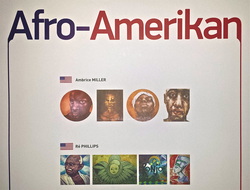 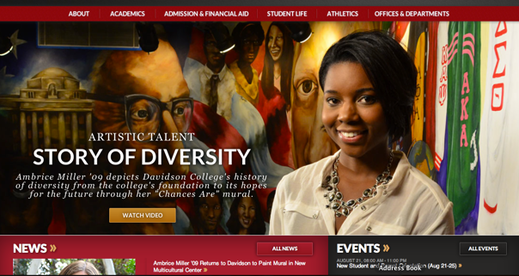 Ambrice Miller '09 recently returned to Davidson to paint a 27-foot by 8-foot mural in the new Multicultural Center's Alvarez College Union office. Two weeks in the making, the finished mural depicts the evolution of diversity and multiculturalism at the college from its founding to its future.

The new Multicultural Center office will serve as a gathering and presentation space in the heart of campus for multicultural student organizations, as well as administrative space for the college's chapters of the National Pan-Hellenic Council. It comes on the heels of other recent diversity initiatives at Davidson, including the addition of the Multicultural House to Patterson Court in 2010 and the employment in 2011 of Tae-Sun Kim as the college's director of multicultural affairs. Read more 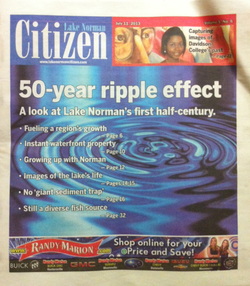 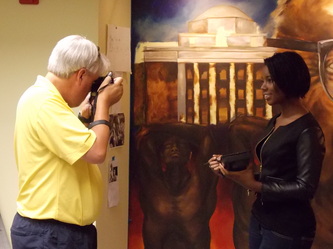 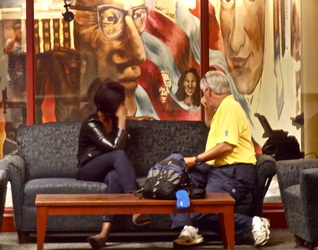 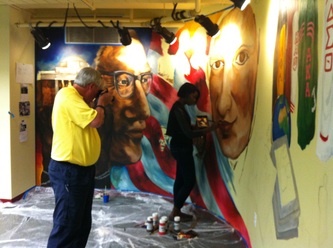 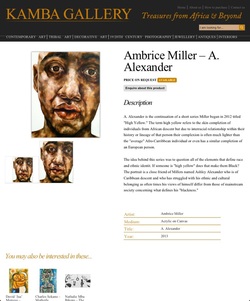 "Ambrice Miller’s work focuses on the examination and history of race. Her work brings together a unique style of portraiture with an expression born from both traditional religious art and biblical stories. The work can be unbalancing to its viewer as Miller places these ideas in the context of modern culture.

Miller’s images can be tortured and haunted or proud and noble but they are joined by a questioning of the validity that humans were created in the ideal image of God and therefore should be depicted as ideal as seen in many religious works.

Miller has since exhibited internationally and her work has been highly praised in numerous group and solo exhibitions in America, Europe and China." 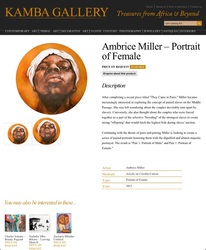 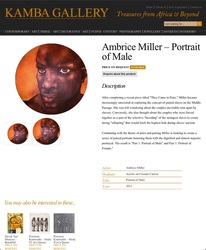 Top emerging contemporary Artists & Galleries are coming together from all over the globe to Barcelona for the one-day pop-up Art exhibition. Artists from as far as El Salvador, India, UK, US, South Africa, Germany, Denmark, Norway, Sweden, France, Greece, Netherlands, will be coming to Barcelona to exhibit at the ‘Barcelona Showcase 2013′ exclusive art event.

Barcelona Showcase, Saturday 27th April 2013 international art exhibition at Casa Batllo -announced as one of world’s top emerging art events- presents a unique opportunity to buy contemporary art directly from the artist. Over 150 artists will be flying into Barcelona from all over the world to exhibit with Barcelona Showcase, organised by The Global Art Agency. Bringing art enthusiasts together from around the globe at one of Europe’s greatest monument “Casa Batllo” by Gaudi, the UNESCO building (1904) is located in the heart of the city, and is the most emblematic work of the brilliant Catalan architect. 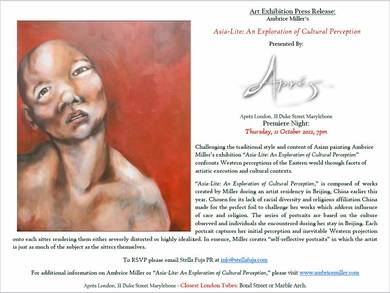 
"Challenging the traditional style and content of Asian painting Ambrice Miller’s exhibition “Asia-Lite: An Exploration of Cultural Perception” confronts Western perceptions of the Eastern world through facets of artistic execution and cultural expression." 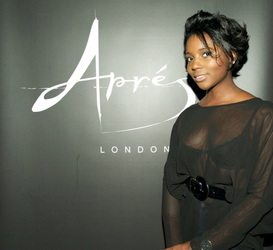 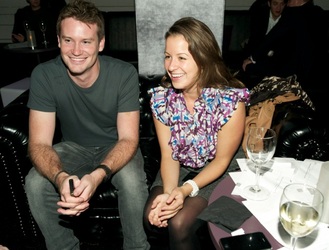 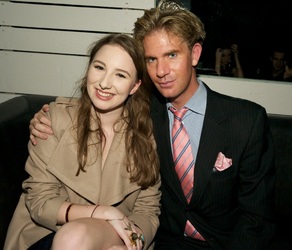 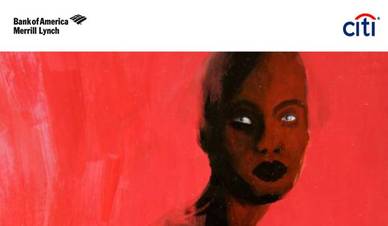 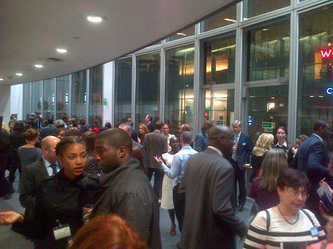 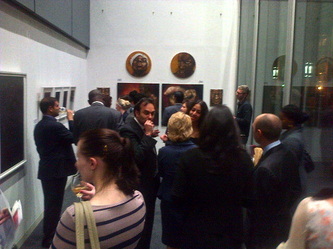 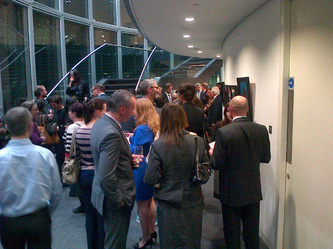 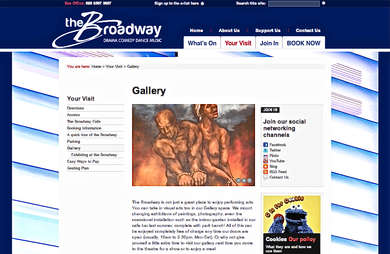 Cloaked in Sin/ Portraits of Jok: An examination of Race, The Broadway Theatre & Gallery 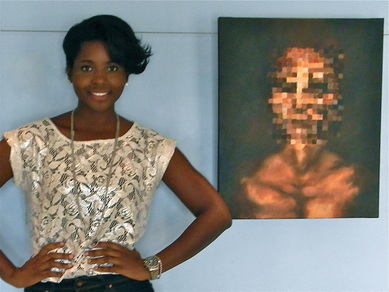 "U.S. artist Ambrice Miller is currently showing her exhibition Portraits of Jok: An examination of Race in our foyer and mezzanine areas.

In her work, these conceptual limitations [of religion] manifest themselves physically: some figures are constrained by physical distortions, amputations, obesity or external factors; illustrating the ways in which they have figuratively crippled themselves.

Currently, Ambrice lives and works in London, United Kingdom. She continues to explore themes surrounding race relations in modern cultures and societies across Europe and Asia."

For the full article please visit The Broadway Theatre and Gallery 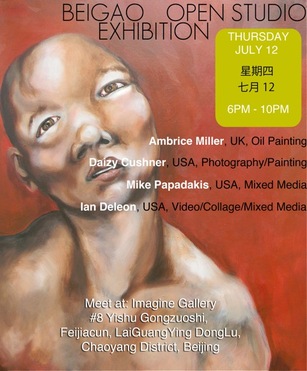 London Premier Exhibition of "Portraits of a Race." 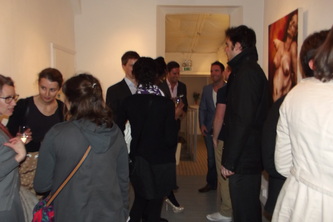 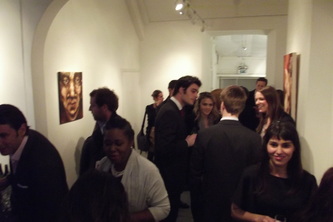 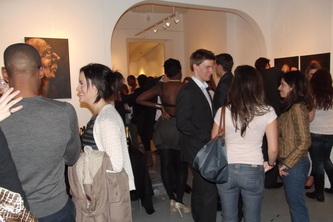 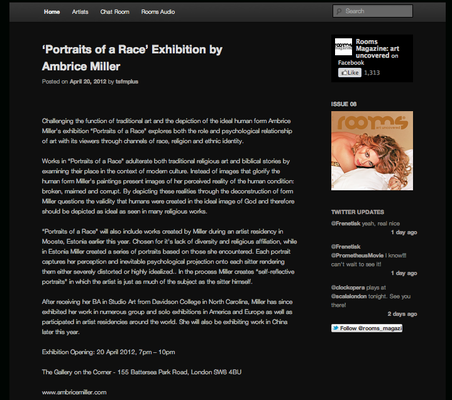 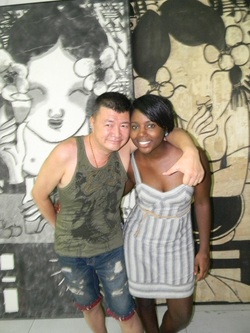 December 17: At Crocus Gallery, where Ambrice received "Best in Show," and therefore will be the featured artist at a solo exhibition in the Spring 2012. The exhibition was juried by UK Art Critic and Curator, Alice Thickett. 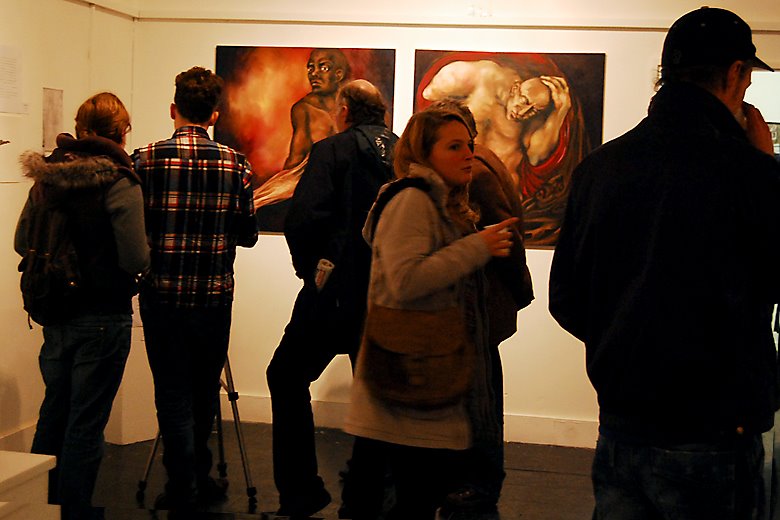 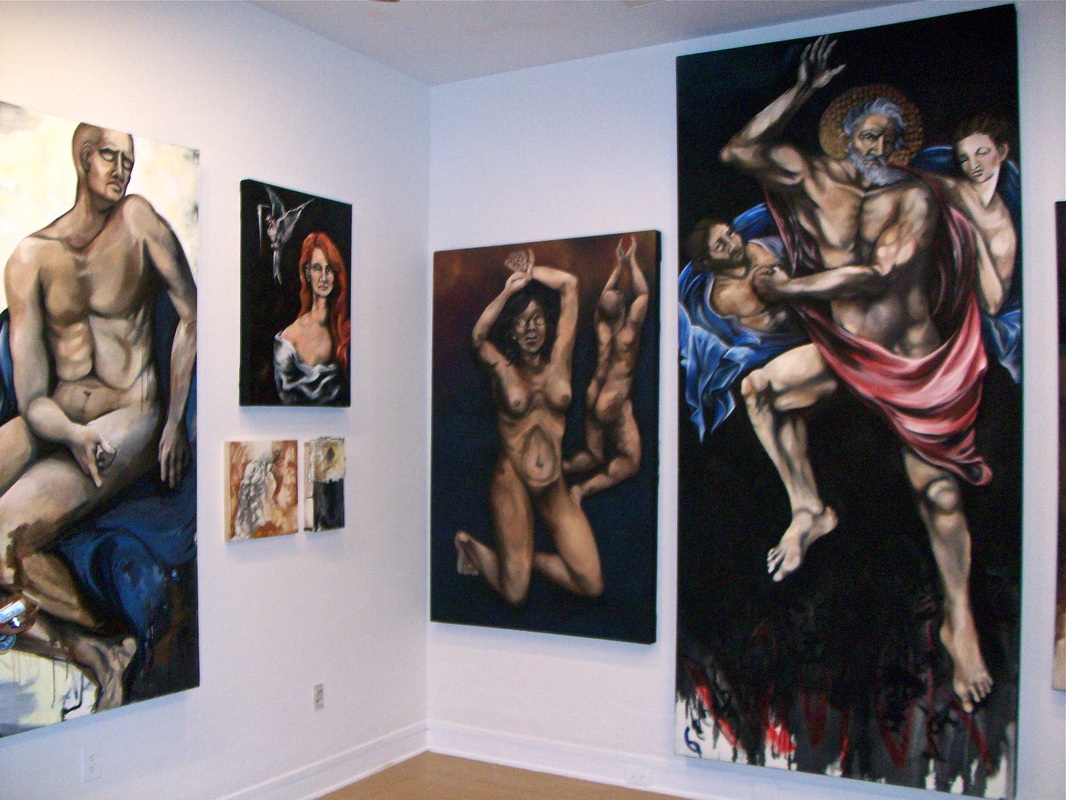 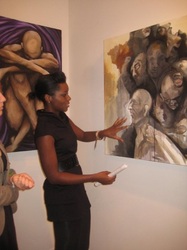 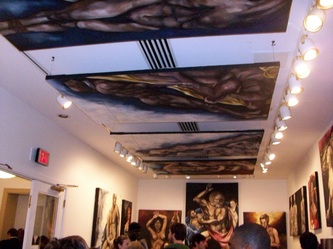